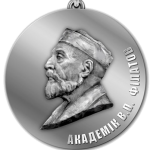 Academician Vladimir Filatov is an outstanding ophthalmologist, clinician and scientist. He performed his first successful keratoplasty in 1931. In the course of his clinically innovative practice, he designed a number of instruments and innovations that greatly contributed to the progress of keratoplasty. Filatov was one of the true pioneers not only to the field of corneal transplantation and eye banking, but also in plastic and reconstructive surgery as well as medical eye care delivery.

Filatov Memorial Lecture is presented by one of Ukrainian or International ophthalmologists who has contributed to the development of corneal transplantation, keratoplasty, keratoprosthesis, reconstructive surgery, and tissue therapy, which were primarily developed by academician Vladimir Filatov. The lecture is to be delivered at the Opening Ceremony of the FILATOV MEMORIAL LECTURES conference. 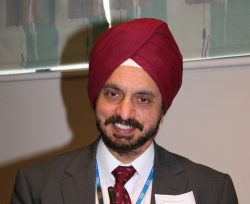 Harminder S Dua was made Commander of the most excellent order of the British Empire by Her Majesty Queen Elizabeth II in her 2019 Birthday Honours list.

Amongst his over one hundred and twenty five awards and accolades are The Rotary Foundation Global Alumni Service to Humanity Award (2013), The Times Higher Education Award 2014 for ‘Research project of the year’; Vice-chancellor’s medal (2016), ESASO Award for Excellence in Teaching and Training (2019), the Melvin Jones Fellow (Award) Lions Clubs International Foundation, for dedicated humanitarian services (2019), and several medals and eponymous lectures. He has recently been elected as an Honorary Fellow of the Royal College of Ophthalmologists UK, and is Honorary Fellow of the Royal College of Physicians of Edinburgh and the College of Optometrists UK, the highest accolade conferred by the respective Colleges. He was listed by the magazine ‘Ophthalmologist’ in the top 20 most influential individuals in Ophthalmology worldwide (2014); and amongst in the top 100 in 2016 and 2018. He was one of five Ophthalmologists in the list of ‘Britain’s Top Doctors’ (2010) published by The Times magazine. He has been endowed with honorary life memberships of four international academic societies. One eponymous lecture, “The Dua Lecture” Birmingham, and a seminar room in the Nottingham post-graduate centre, “The Dua Room” have been named in his honour.

He has successfully supervised 48 PhD and MD post-graduate students, has published over 375 papers and has an H-index of 67 with over 17000 citations. His discovery of the pre-Descemets layer (Dua’s layer) in 2013 has enhanced understanding of lamellar corneal surgery, posterior corneal pathology and led to the innovation of three novel surgical procedures. The layer has been recently endorsed by the board of the American Association of Ophthalmic Oncologists and Pathologists (AAOOP).  Prof. Dua is High Sheriff of Nottinghamshire in nomination, to assume office in 2021.

Corneal transplantation as a means of restoring sight in eyes with scarred, damaged, diseased or distorted corneas has been in vogue for over one hundred years. The first corneal transplant, a lamellar graft, was performed by the Austrian ophthalmologist, Eduard Zirm in 1905. The first successful full thickness corneal graft (penetrating keratoplasty, PK) from a cadaver donor was performed by the Vladimir Filatov in the 1930s. PK was established as the preferred corneal transplant option for over one hundred years. Despite its popularity, three major issues related to graft rejection, induced astigmatism and a weak graft-host junction, persisted and defied attempts at resolution. This led to the resurgence of lamellar keratoplasty (LK) as both endothelial keratoplasty (EK) and deep anterior lamellar keratoplasty (DALK) provided some answers. LK is now the preferred option for several indications of corneal transplantation.
DALK by the ‘big bubble’ (BB) technique was proposed as a Descemets membrane (DM) baring technique, allowing retention of the host DM whilst removing and replacing the entire stroma and epithelium anterior to it. However, DALK surgery revealed several clinical clues that suggested the existence of a defined layer in the deep stroma and challenged the concept that DALK was a DM baring procedure. The layer is made of thin lamellae of compact collagen and elastin, has a paucity or absence of keratocytes and is impervious to air. It is termed the pre-Descemtes layer, or Dua’s layer (DL) and recently termed as the Dua-Fine layer by the American Association of Ophthalmic Oncologists and Pathologists. Simulation of DALK in donor eyes revealed different types of BB that are very relevant to DALK surgery. DL has led to the innovation of three novel surgical procedures namely, pre-Descemet’s endothelial keratoplasty (PDEK), DALK with cataract extraction and lens implant (DALK-triple) and suture management of acute hydrops. It is also implicated in the pathology of Descemetoceles, DM detachments, acute hydrops in keratoconus and spread of infection. At the corneal periphery, DL continues as the collagen core of the trabecular meshwork and is populated with trabecular cells, which sit on basement membrane laid down in the stroma of DL. This may have implications for eye pressure maintenance and glaucoma. The DL, through its high elastin content, is very likely to contribute to posterior corneal biomechanics and corneal curvature. Ongoing research on DL continues to inform our understanding of corneal anatomy, physiology and pathology. 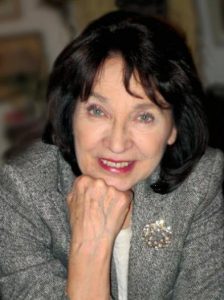 Lecture Title
Academician V. P. Filatov – the founder of modern keratoplasty and his impact in Bulgarian Ophthalmology
“The greater the discovery – the fewer the words needed to describe it.”

The ground breaking work of Acad. V.P. Filatov in the 30s vastly expanded the scope of penetrating keratoplasty around the world. His genius idea to use human cadaveric corneas and his pioneering in eye banking, medical care delivery and tissue therapy was the key factor and revolutionized keratoplasty. During the period of full ignorance of the role of corneal endothelium, transplantation immunity, causes of graft opacification, Filatov developed the practice of tissue therapy (including placenta use) and initiated the great success of amniotic membrane transplantation nowadays. Due to him the keratoplasty was recognized not any more as investigational procedure but as a new treatment method in clinical medicine. Additionally to his reputation as a devoted and creative clinician, he was also a famous scientist, teacher and public figure. In a memorandum for the Government at the creation of this first scientific eye institution he declared “war on blindness”.

Acad. Filatov has followers in many countries, including my father – Prof. Ivan Vassilev. All of them continued his life work and established the new standards of corneal transplantation and ocular surgery in their countries following Filatov’s humanitarian mission.

Corneal diseases represent one of the main causes of treatable blindness (3 to 35% worldwide) and at present their prevalence is increasing due to “epidemic” of herpetic infection, surgery and trauma complications, etc.

Bulgarian experience in keratoplasty started in the 50s with the first successful corneal transplantation by Prof. Ivan Vassilev in 1956. With the use of fresh cadaver eyes keratoplasty developed further in the 70s- 80s but donor material was insufficient, inadequate and unreliable. Bulgarian corneal transplantation experiences legal regulation issues during the transition years (starting 1989). The creation of International Eye Bank Sofia by our team and with the support of The International Federation of Eye and Tissue Banks (ribbon cutting ceremony on 26 September 1995) was crucial importance and marked a new era for keratoplasty development. The number of transplantations increased rapidly: from 20-50/year until 1995 to 320/year in 1999: rate of 35-40 transplants per million/year, equal to European standards. As the first eye bank in South-Eastern Europe, we became part of the European Eye Bank Association (EEBA) and organize annual courses and symposia on eye banking and corneal transplantation with international attendees.

The longstanding collaboration, friendship, exchange of experience and ideas between Bulgarian ophthalmologists and Filatov Institute of Eye Diseases and Tissue Therapy are guarantee for further development of corneal transplantation in our region.

Prof. Dr. Petja Vassileva is a Professor of Ophthalmology at Sofia Medical University, head of University Eye Hospital “Akad. Pashev”, founder and head of the first Eye Bank in Bulgaria, founder and head of Bulgarian Eye Foundation “Sight for All”.  She is an elected member of the Bulgarian Academy of Sciences. She is a member of the WHO Program Advisory Group on Blindness Prevention and Co-Chairperson for Europe of the International Agency for Prevention of Blindness (IAPB).

Prof. Vassileva specialized at the Clinical Institute for Experimental Ophthalmology at the University of Bonn, Germany as a Humboldt Fellow, and participated in fellowships in the US, Japan, and the UK. She received a Masters of Public Health degree from Johns Hopkins University (JHU) in the US and conducted a fellowship at Dana Center for epidemiology and preventive ophthalmology at Willmer Eye Institute.

Prof. Petja Vassileva’s main interests include innovative surgery, corneal transplantation, intraocular inflammation, retina. She has published over 450 scientific articles and is author and co-author of 16 monographs and textbooks. Prof. Vassileva has trained hundreds of residents in ophthalmology, numerous fellows in ophthalmologic subspecialties, and tutored over 30 PhD programs in Bulgaria. She has been a visiting professor at multiple academic institutions.

Prof. Vassileva chairs scientific and advisory committees of national and international organizations, participates in numerous boards and associations, and is highly active in the ophthalmic community. She organized and conducted many blindness prevention programs in Bulgaria and the region.

In 2015 she was awarded with the highest Bulgarian honor – Order of Stara Planina, for her exceptional contributions to medicine and ophthalmology.